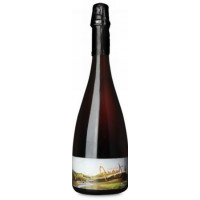 Lambic Style - Gueuze Special Out of Production
Armand’4 Herfst Oude Geuze is a blend of 1, 2 and 3 year old Lambic, brewed, aged, blended and bottled by Armand Debelder. This one-time and possibly the last bottling comes in a fancy Asti Spumante Champagne bottle. Armand only used Challenger hops in this brew. He’s in fact the only lambic-brewer to use Challenger hops to make his Geuze. 60 % malted barley, 40 % wheat, aged hops and water. Each season’s geuze has an unique and different blend.
Sign up to add a tick or review

The last of these ‘season’ geuzes that escaped me back at the time when they were released (2011), fortunately 3 Fonteinen’s Lambik-O-Droom offers the opportunity to taste them again as vintage beers, at eleven years of age now. It seemed only fitting to drink this one ‘in situ’ last weekend as 3 Fonteinen’s former manager and great inspirer, Armand Debelder, who took over the ‘geuzestekerij’ from his equally legendary father Gaston, passed away two weeks ago; I had the honour to be able to speak with him on several occasions and I can only confirm that this man was, as it were, a “gentle giant” in the world of lambic, with a legacy that can hardly be underestimated and will likely, hopefully, continue to thrive for generations to come. In a time when traditional lambic beers balanced on the verge of extinction, having been overflown by so many sweetened interpretations which hardly convey the lambic spirit (and sweet beers in general), 3 Fonteinen was one of only a handful of producers stubbornly and passionately trying to stick to the traditions, and very justly refused to make any compromises. This alone is enough reason to praise Armand, even regardless of the continuous high quality of his products and the fact that he was the founding father of HORAL among other things; I will cherish my memories of the private tour he gave me in his (then newly built) Lambik-O-Droom and other encounters with him for the rest of my lifetime. So, onto the beer then: dusty bottle from the cellar, opening with a bang and a lot of gunsmoke (but fortunately no gushing – which did happen with the same bottles on other occasions, according to the bartender); very thick, dense, frothy, egg-white and stable head, leaving shreds of lacing over a warm orangey amber coloured beer with copper- to rust brown tinge (a result of oxidation) and a fiery ‘storm’ of fine-bubbled sparking rushing through the beer. Aroma of a very noble, gracefully aged, profound geuze all around: dried peaches, very old orange peel, dry autumn leaves, grass silage, old dry sherry, old wooden furniture, tea bags, dry hay, funky notes of goat stable and cracked leather, oxidized white wine, dust. Spritzy onset, sharpish carbonation in a cava-like way but spot on for the style, lots of dried fruit aspects in a dry, non-sweet way, old dried apricots and peaches, orange peel sourishness at the edges merging with a ‘deep’, serene lactic tartness piercing through a bread-crusty core and reviving fruitiness near the end but this time in a brighter, more sour and crisp way (redcurrant, sour apple, even some sour grape) positioned against a background of noble woodiness, hints of old tea and tree leaves, mild funkiness and oxidized old sherry. The sourness keeps things refreshing in spite of the mature, noble, deeply textured character – this is as solid as oude geuze gets, like the other three in this series. Very close to the summer edition which I had last year so an equally fantastic drinking experience – Armand was deservedly ‘fier’ (proud) of this series, but now it is our turn to be proud of him. Cheers Armand, rest in peace. And thank you for so many beautiful beery moments.

Corked bottle. Orange color. Oak, honey and lemon in the aroma. Oaky lemon flavor with leather and honey. Rounded sours. Very drinkable. Complex enough, but there is room for more. Excellent, but not the very best Armand can offer.

Tried at Mikkeller Bar Warsaw on 16 Jun 2018 at 15:02
Next
We use cookies to give you the best online experience. By continuing to browse the site you are agreeing to our use of cookies.