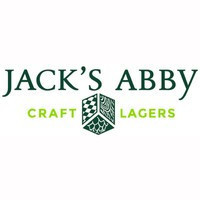 However widespread they may be on an industrial level, lagers are, in contrast, still a rarity in the craft beer world. Jack’s Abby proves that bottom fermentation has more possibilities than most would imagine and in this one, they have transplanted the hop profile of an American style IPA to a bottom-fermented Schwarzbier, thereby effectively creating the black counterpart of ’IPL’ (Pilsener with American hops), or indeed a bottom-fermented form of black IPA. Forms a thick, lacing, pale beige, creamy and very stable head over a black robe with chestnut brownish edges only in the outer millimeter or so. Lovely aroma showcasing both the hops and the malts, with impressions of toasted onion, grapefruit peel, pine resin, burnt toast, black olive, cold coffee, walnut, beef jerky, cold black tea, a vague hint of bitter chocolate and some ’naturally’ feeling iron. Malty taste from the onset, very low in sweetness, only malt fruitiness with beginning with a pleasant umami taste (cured meat) blending with a slightly caramelly but most of all nutty and toasted malt bittersweetness which turns roasted bitter in the end, including a ’low’ sourishness of roasted barley, with a very faint metallic edge; then comes the lush, aromatic New World hop character, piney, grapefruity, peppery, long, drying and still elegant, leaving room for the roasted and toasted maltiness to persist. This is a very pretty beer indeed and surely among the best lagers I had so far - I hope more of these bottom-fermented Cascadian (BIPA-like) beers will appear.

Bottle from the brewery. Pitch black with a pretty, high, tan head. Aroma of chocolate malts, coffee, and hops, citrus and pine. Full flavor, chocolate dominates but a good deal of roasty coffee as well, more than I prefer, actually, and great hops all around. Bitter hop and roast finish. It is interesting to try to think about the lager characteristics of this. Definitely drinks like a black IPA. Enjoyable.

Tried from Bottle on 31 May 2014 at 14:49
We use cookies to give you the best online experience. By continuing to browse the site you are agreeing to our use of cookies.