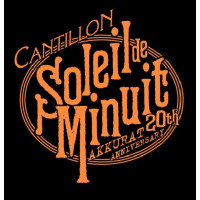 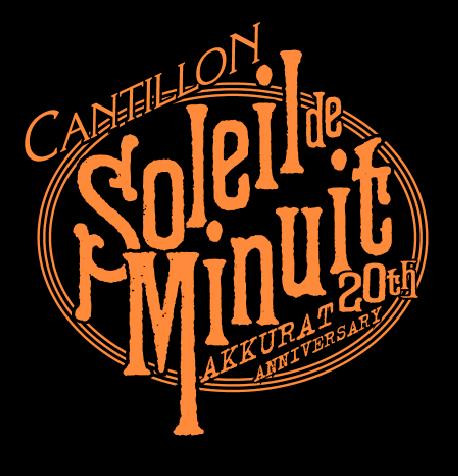 Lambic Style - Fruit Special
Cloudberry lambic brewed for and with Akkurat, Stockholm, Sweden. Third batch made. Released at Akkurat's 20th Anniversary.
Sign up to add a tick or review

Magnum enjoyed at Akkurat with Biggsbowler. Clear yellow pour with a white head. Kinda sour with floral and what I suppose is Cloudberry’s on the nose. Sour with tasty but somewhat bitter berry highlights. So well balanced with mild funk and wet hay notes. A bit of grain in the back there. Fantastic mouthfeel and body. So stoked to have a chance to try this gem.

Bottle shared at Cantillon by Jean. Big thanks, boss. Pours hazy bright orange with a small white head. Aroma is PACKED with cloudberries, wet grass, citrussy zesty notes, some lemon, cheesy and cellar funk. A subtle acetone that thankfully disappeared after a little warming up. The smell on this is BONKERS. Taste is just as good. Huge cloudberry up front, lots of zesty flavours, huge cellar funk here aswell. So happy to finally have tried this!

2015 vintage at Akkurat. Pours orange. Aroma and flavor are massively floral, like flower garden, minerally, sour fruity, some shit, some acidity, some berries. Overall: very interesting, but as far as lambics go Cantillon has better stuff for way less money.

At last - and obviously at Akkurat, for which it is exclusively made - I got the chance to enjoy a bottle of this famous nectar, Cantillon lambic with cloudberries, a kind of wild brambleberries typical for the Scandinavian Mountains. I've been curious about this beer, made famous not in the least by this very site, ever since I first read about it many years ago (it has been in existence since 1999 and only three batches have been made since then). Vintage 75 cl bottle of five years old - with actual label rather than the original paper wrap of the first batch shown on the picture here. Off-white, open 'ring' of mousse, eventually dissolving into nothing, over an initially only very lightly hazy golden blonde beer with warmer peachy hue, misty and a tad more orangey with sediment in the end. Very brightly estery and fruity bouquet with a fair amount of Cantillon funk, with a lovely sweet ripe blackberry-ish scent (obviously representing the cloudberries) wrapped in notes of lemon rind, crabapple, yellow plums, fermenting red apples, old sweat, white grapes, sweet dessert wine, moist hay, raspberry vinegar, young sherry, artisanal honey somehow, rosewater even and a funky hint of damp horse stable. Tart lambic sourness with a lemony edge engulfs a core fructose sweetness of the cloudberries, almost nectarine- and Japanese wineberry-like; the sourness remains edgy, but nowhere becomes too burning. Spritzy yet soft, lambrusco-like carbonation, lean mouthfeel, mellow wheaty-bready base dried by a very complex lambic-estery and real cloudberry fruitiness; lactic tartness merges completely with the acidity of the fruit and this unity of sweet-sour flavours remains bright, vivid and delicious till the very end, where it meets a soft tannic woodiness. The tail becomes increasingly drying and more outspokenly tannic, probably due to the seeds from these cloudberries as well; the sourness eventually prevails over the sweetness, ensuring a bone dry but at the same time utterly refreshing aftertaste, with a very soft, dim, late earthy hop bitterish touch adding further structure and complexity. The whole remains generously drenched in lovely tart fruitiness with this sweetish note at its sides. Complex, showcasing the cloudberries in a most ravishing way, embedded in top notch lambic richness - this is justly among the highest ranked fruit lambics in the world and Cantillon at its best, regardless of that annoying hype surrounding the brand, and this beer in particular. Gentle, elegant, quenching, deeply structured - this lambic makes my mouth water even thinking about it a week later. A great and original demonstration of what lambic, as one of the world's greatest beverages, is capable of.

Bottle - Strawberry and a light glue medicinal note. Clear gold with a decent white head. Sour and medicinal with the odd berry note. Not being familiar with the berry I am at the whim of the people I am drinking with who think it is great, can’t say I am a huge fan.

Tried from Bottle on 22 Jul 2018 at 03:54
Next
We use cookies to give you the best online experience. By continuing to browse the site you are agreeing to our use of cookies.