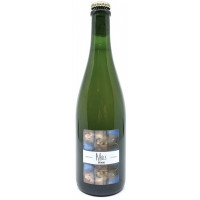 Farmhouse - Saison Regular
On 22nd July 2016 we produced a turbid wort in the style of traditional Lambic producers. This was fermented using lees (previously used to ferment Foxbic) from cider producer Tom Oliver, and aged in two old oak barrels for fourteen months. One barrel was dry hopped and became Saison Lees. The other barrel was left unaltered and allowed to age further in bottle before release. The result is a paler, drier and more refined beer than its counterpart.
Sign up to add a tick or review

Tried from Bottle on 14 Jan 2019 at 15:35
We use cookies to give you the best online experience. By continuing to browse the site you are agreeing to our use of cookies.