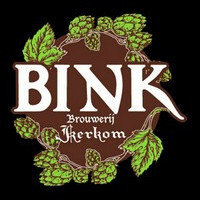 American oak aged version of Winterkoninkske Haspengouwse Grand Cru, more limitedly produced than the regular (already a quite spectacular beer in itself from a traditionally Belgian perspective). Had this years ago when it first availed, but now re-rating it from a 75 cl champagne bottle bought at Dranken De Moor in Haasdonk. Very loosely knit and unstable, brownish pale beige head, mousy and bubbly, but quickly dissolving into virtually nothing under influence of the alcohol; very dark brown-bronze robe, almost approaching a 'black look' like a stout, but still translucent, with warm burgundy hue, hazy. Intense aroma, pushed forward by the alcohol: candied cherries, 'pralines', melting caramel, fig jam, liquorish and 'drop', walnut liqueur, tawny port, strong vanilla-scenting oak wood, candi sugar, dates, chocolate-coated peanuts, whisky or even its descendant kahlua, dried prunes, cloves. Equally intense taste: a condense candied cherry sweetness with notes of fig and raisin, very sweet with a thick layer of candi sugar on top that will accompany the entire flavour 'parcours', softly carbonated and evidently very thick, syrupy, somewhat resinous mouthfeel. Chocolate-coated peanut maltiness with more chocolate than peanuts, very caramelly as well, with a champagne-like flavour accent developing in the finish (as is the case in the regular version); before long, a 'hot' alcohol effect sets in, but remains tolerable thanks to the thickness and overall candi sugar sweetness of the beer - the latter even sticking to the teeth a bit. Port- and rum-like alcohol heats the throat without burning it, and the oaky tannins do their work in providing retronasal vanilla scents and a timidly drying effect - yet nowhere near dry enough to counter the sweetness. Intense, thick beer, this is a Belgian 'praline' in beer form, a walnut- or other liqueur-like creation to be taken in small sips as a 'digestif'; for me, the sweetness can be toned down a bit, but it remains an overwhelming experience especially if you look at it from a classically Belgian perspective as stated above - Kerkom, after all, is run by an elderly brewer, who has little connection with the American craft beer movement. But anyone who knows Belgian beer from the inside, knows that he is first and foremost a very skilled brewer, quietly making very interesting and perfectly shaped Belgian ales for many years. This one, along with its somewhat more 'common' regular version, is a must taste for anyone interested in Belgian beer culture.

Bottle at the Essen OBER Kerstbierfestival 2013. Poured a dark mahogany with a thin tan head. The aroma is big roasted malt and creamy caramel. The flavour is strong bitter with a big fruity raisin boozy alcohol liqourice palate. Medium to full bodied with lively carbonation.

Bottle sample at Essen Kerstbierfestival. Pours near black with a small beige head. Aroma of dank old fruit, oak, raisin and caramel. Flavour is light heavy sweet and bitter. Overripe fruit really opens up on the palate with sweet toffee and licorice. Mouthfeel is thick and chewy. Full bodied with soft carbonation.

Tried from Bottle on 16 Dec 2013 at 11:42
Next
We use cookies to give you the best online experience. By continuing to browse the site you are agreeing to our use of cookies.