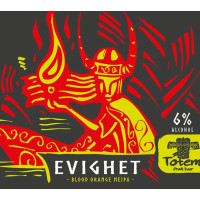 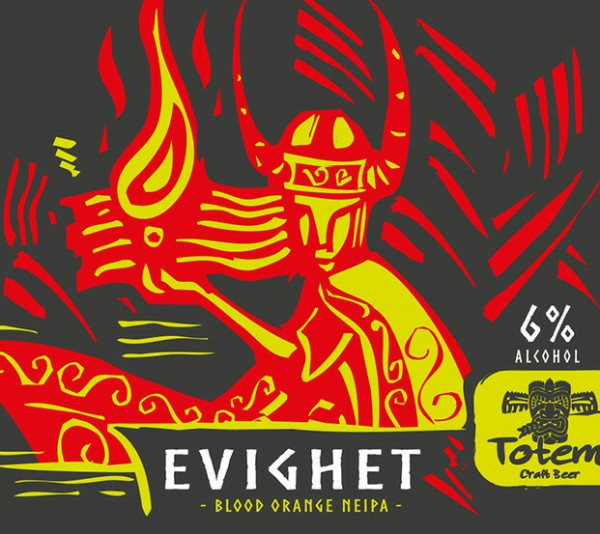 Brewed at/by: Bryggja
IPA - New England / Hazy Special Out of Production
Sign up to add a tick or review

New blood orange NEIPA by Totem, at Goeste, thanks Klaas (and Goedele) for sharing. Rather thin but nonetheless creamy, open, egg-white head over a cloudy, bright yolk- and lemon-yellow coloured beer with vague greenish tinge. The nose is spectacularly to the point: no unpleasant off-flavours, no dankness, no old hops, but an overwhelming exotic cocktail of guava, very obvious and fresh blood orange, citrus-flavoured soda, granadilla, plantain, freshly squeezed lime juice, rambutan, melon, cucumber, dough, subtle note of fresh cheese spread or goat cheese. Sweet and sourish onset, very expressively citric, like freshly squeezed juice from blood orange or some other ‘exotic’ citrus fruit, strong background notes of passionfruit, guava and mango, lime-like souring edge, utterly crisp, colourful and refreshing right from the start; softish, minerally carbonation, rounded and rather creamy, bit doughy, fluffy malt sweetish base, a fertile soil for the expected colourful, sour, sweet and softly bitter finish in which all this fruitiness, i.e. a very intelligently applied ‘overdose’ of tropical fruit hops mixed with an equally generous and ‘genuine’ proportion of blood orange juice, passes by once again before disappearing forever down the throat. Sour and sweet in perfect balance with just the mild touch of bitter expected from a NEIPA, as a whole enriched with the brightest, freshest, most convincing degree of actual ‘citrusness’ I ever encountered in a beer – not many attempts at the current NEIPA craze have been made in Belgium so far, but I think I had all of them now (?) and this exceeds my expectations, which already tend to be very high regarding this brewery. Spectacularly well-done.

Only 20 hours old, according to the brewer! Tastes young indeed.

Tried from Draft on 19 May 2018 at 17:37
We use cookies to give you the best online experience. By continuing to browse the site you are agreeing to our use of cookies.