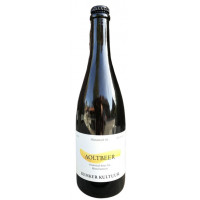 Sour Ale Series
Aoltbeer is the historical sour ale of our hometown Münster. This beer matures for months in wooden barrels where it develops its fruity and wine-like character. Blend 2020-01 shows notes of minerality, citrus fruits and green apples.
Sign up to add a tick or review

One in an ongoing series of sour ales named ‘Aoltbeer’ by one of Germany’s rare but influential sour ale producers, this one a fruit beer with sloeberry (once a popular fruit in beer, also in Germany, now more of a rarity), blackcurrant and cherry. Thanks Meeki for sharing. Medium sized, moussy, pale pinkish-tinged white head on a hazy salmon-pink-hued orange blonde beer – but not the ruby red colour I was expecting based on the fruit list. Aroma of indeed ripe black currants straight from the bush, cherry skin but no real cherry, sour plum which I suppose represents the sloeberry, frozen tomato (weirdly), raw rhubarb, sourdough, cut flowers, sorrel. Crisp sour onset, lots of fruit acidity, the blackcurrant again upfront but not truly offering a ‘cassis’ experience, followed by sour sloeberry (which is actually a small wild plum rather than a berry) and – far more subtle – cherry, which primarily adds cherry skin tannins but no fleshiness worth mentioning; minerally carbonation, supple body. A cereally malt base quite ‘neutrally’ supports a lot of ongoing berry tartness, with some ‘green’ and weedy effects towards the end as well as lots of fruit skin and seed tannins which further accentuate the sourness. Everything remains however fresh, crisp and supple; very well done, in all, but I think some more complexity and outspoken fruit flavours would be beneficial here. 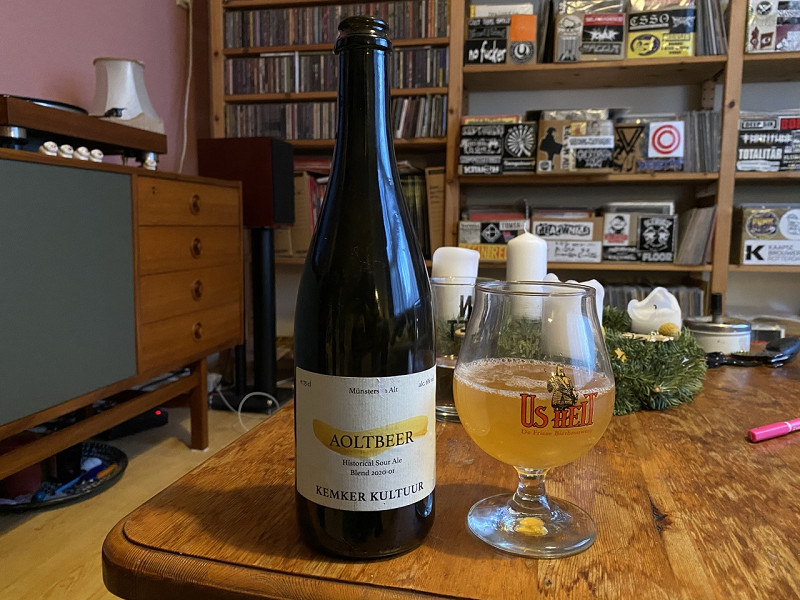 Tried on 25 Jul 2020 at 21:57
We use cookies to give you the best online experience. By continuing to browse the site you are agreeing to our use of cookies.