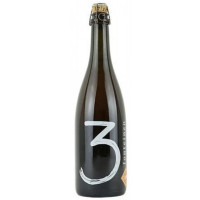 Lambic Style Regular Out of Production
Batch 6. Beginning of 2017, we acquired a second set of 21 Oloroso and 7 PX barrels and aged young lambic on them for another year. We lost 4 barrels along the way and we blended 12 barrels for this blend and 12 barrels for batch 5 (blend 49). Average age of over 2,5 years upon release, no backblending. 100% 3 Fonteinen lambic.

3 Fonteinen Zenne y Frontera is a unique creation of Armand Debelder and maître-sommelier Andy De Brouwer. This natural millésime beer is a blend of young traditional lambics that have aged on forty-year old authentic Oloroso and Pedro Ximénez sherry casks. Zenne y Frontera is the perfect symbiosis of a few stubborn characters, a lot of wild ideas, a vast palette of aromas and two beautiful regions
Sign up to add a tick or review

The sixth and - for the time being - last Zenne y Frontera version, released simultaneously with batches 3, 4, and 5. Contrary to batches 3 and 4 but like batch 5, this one is not made following the solera method and indeed this batch 6 sits very close to batch 5, more so than 3 and 4 are to each other. Irregularly edged, eggshell-white, uneven- and rather large-bubbled head, opening in the middle; hazy apricot blonde robe with warm peachy hue, looking about the same as batch 5. Aroma of old and dried out lemon peel, bitter grapefruit peel even, old wood, peach kernels, damp hay, crabapples, grass silage, damp earth, bread crumbs, linseed, gooseberries, pronounced minerals, old dried apricots, sherry vinegar and a vague sulfuric touch like in batch 5, even a bit more explicitly so. Crisp, estery onset, grape skin and unripe plum wryness with lovely bright lemony and sour apple-ish sourness, drying and sharp; dry bread-crusty backbone, medium carbonated but with very notable mineral flavours on the sides, gets completely dried by this sourness, with a dry citrus peel-like effect in the end, as some bitter effects come into the picture. Drying woody tannins add further complexity and astringency, while dry cider-, lemon peel- and sharp yoghurt-like effects fill up the gaps; the nutty sherry flavour I was expecting, however, remains all but absent here, much like in batch 5. In all, this batch 6 is - as said - very similar to batch 5, in being more estery, more supple, more acidic and less dry and noble than batches 3 and 4; this sixth one adds lovely, distinct minerally aspects to the range, but like batch 5, I think needs more time to come to full fruition. It surely must have the potential to gain a lot of depth and complexity in the coming years when stored properly, but there is no denying that compared to the first two batches of Zenne - lambics that have become all but historical by now - this batch, like the three other new ones, exhibits less actual sherry flavour than expected. I am still wondering whether this is a negative thing or not, since all these four lambic blends are fantastic works of art (and I did not expect anything less from this producer either, of course), but they do lack the almost magical feeling, the 'wow' factor if you will, of the first two, in my opinion.

Bottle at the lambiekstoempers festival. Did't take full notes ( pre-brewver, post-ratebeer ), but from what I remember ( and scored on untappd ), this beer has less barrel characteristics than the batch 1 and 2 . Than again, i must admit It wasnt decanted, and a beer like this will most definately be revisited in better conditions the coming years. Sampled again about 2 weeks later, during the open beer days at the brewery. Same score given, but more details in tekst, as well as this was a compared tasting between batches 3-6, rather than having had 6 on it's own. Pours darker blonde. Small white head. Smell is funky. Taste is full, sharply acetic. Bit sherry notes ( very light pedro ximenez, olorosso is rather hidden ) . very nice one once again, my second favorite of this set of 4 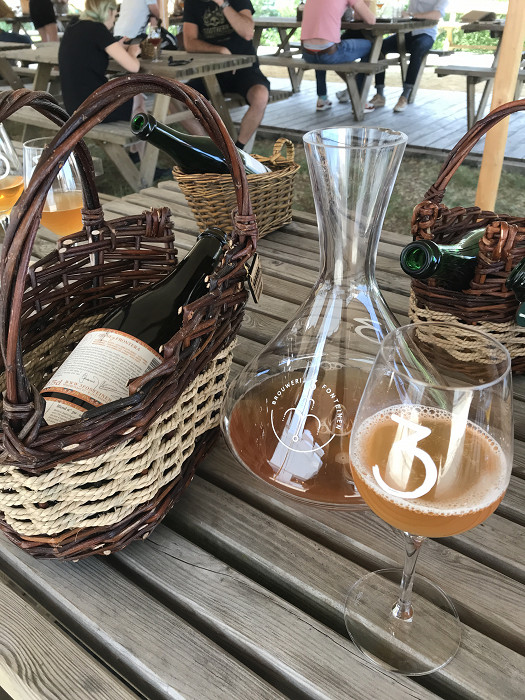 Tried from Bottle at Brouwerij 3 Fonteinen & lambik-O-droom on 23 Aug 2019 at 14:48
Previous Next
We use cookies to give you the best online experience. By continuing to browse the site you are agreeing to our use of cookies.