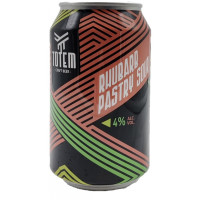 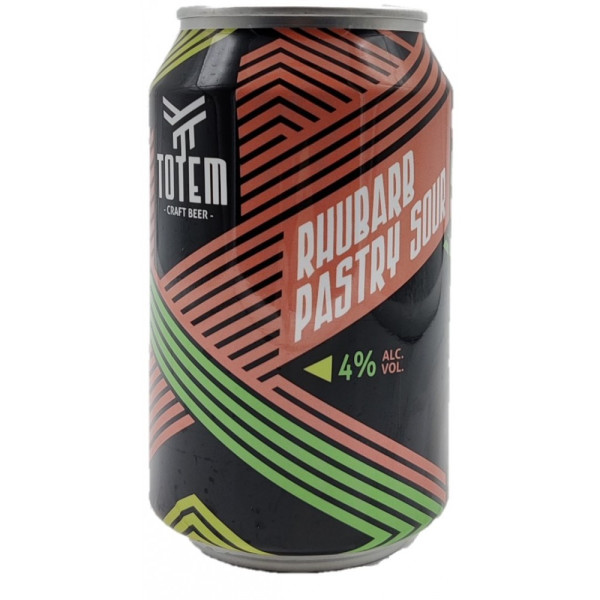 Sour Ale Regular
A Rhubarb cake pastry sour with lactose, rhubarb and vanilla.
Sign up to add a tick or review

“Pastry sour” – another of these craft beer culture hybridizations exemplifying the popularity of craft beer: with the huge growth of craft beer consumers all over the world, it seems as if every major style group needs to be increasingly sweetened, simply because sweet is the biologically most accessible taste to the masses. Think NEIPA and its descent into milkshake IPA, the sweetening of imperial stouts that eventually culminated in pastry stout, or indeed the paradox of starting with a sour beer (such as Berliner Weisse) and making it sweet again, a tendency that evolved over things like “Florida Weisse” and the Brazilian “Catharina sour” into “pastry sour”, where a kettle sour with fruit gets additional sweetness from e.g. lactose, ignoring and essentially nullifying the very nature of sour beers. Oh well, I suppose the masses need their hipster craft beers too, and who cares, as long as bitter and sour beers are not threatened with extinction – all over again. Totem, always one of Belgium’s most progressive craft brewers, created this pastry stout using rhubarb instead of fruit – bizarrely, perhaps, but interestingly. Comes from the new style of striped cans used by Totem since they started their own brewery operation. Thick, egg-white, very dense, irregularly lacing head on a hazy straw blonde beer with olive-greenish tinge. Aroma of raw rhubarb stems, cava, vanilla, milk powder, meringue, yellow kiwi, dust, passionfruit, pineapple juice, coconut milk. Very fruity onset, crisp with a lot of very recognizable rhubarb flavour mixed with side impressions of lime, maracuja, kiwi and pineapple, medium carbonated with a creamy texture from the unfermented lactose; this lactose provides sweetness working against the yoghurty lactic sourness of the beer and the oxalic sourness of the rhubarb, over a soft, doughy white-bready core. Sugared rhubarb stew, the way it was served to me when I was a kid, dominates retronasally – but strangely mingled with exotic vanilla, ripe pineapple and coconut aromas. Sweetness lingers in the finish, but is nowhere cloying, as it gets dried by the underlying sourness; a vague chalky note typical of Berliner Weisse shows up briefly in the very end. I guess Totem did it again: Klaas Dellaert, the brewer, managed to incorporate a ‘northern’ and somewhat ‘earthy’, decidedly non-exotic ingredient like rhubarb into a very exotic, colourful, ‘happy’ cocktail of radiant flavours – this almost feels like the beer equivalent of a piña colada. Bizarre as it may be (and it will certainly divide opinions), this ‘pastry sour’ is a stroke of genius if seen like that – good old Totem is back at full force.

Tried from Draft on 12 Sep 2020 at 13:15
We use cookies to give you the best online experience. By continuing to browse the site you are agreeing to our use of cookies.