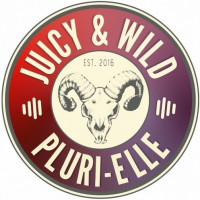 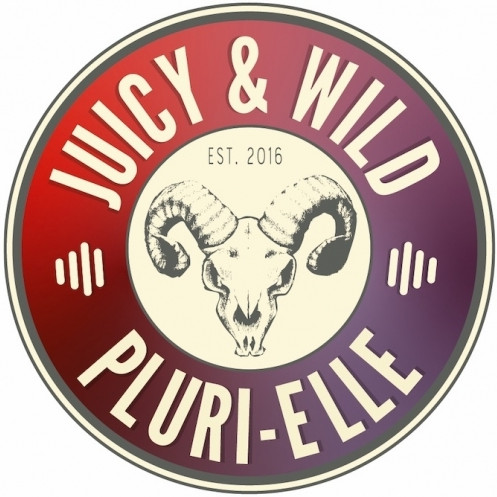 Released alongside an all-blackberry version, this new Lambiek Fabriek fruit lambic does not only also contains blackberries, but blackcurrant, redcurrant, raspberry, strawberry and blueberry as well - I have never seen so many different fruits in a lambic, not even sugared and pasteurized sweet fruit lambic (and perhaps not in any other beer ever)... Seems a bit over the top, but previous experiences with Lambiek Fabriek have been pleasant enough so I trust that this one will be nice too. Bottle under high pressure, gushing a bit upon opening, but that may well be due to the fact that it had undergone quite a contrast in temperature, from being kept cold in a fridge to warming it up in a warm living room. Anyway: busily lacing (ragged old cobweb), mousy, irregularly shaped but largely stable (apart from some holes here and there), cream white head with very pale pinkish tinge, misty warm orangey-peach blonde robe with cognac hue - but not as 'red' as I was expecting based on the idea of all that fruit having been used here. Elegant, bit funky, fruity yet not overly 'fruited' aroma: redcurrant and blueberry piercing through first, raspberry and blackberry more subdued and blackcurrant ('cassis') and strawberry remaining very much in the background (hardly noticeable even - sadly so, as these are probably the most aromatic of the bunch), sour wild apples, dry haystack, withering grass, something weirdly and quite strongly (but to me not necessarily offensively) iron-like as in ferrous spring water, rosehip and actual roses, old bread crust, subtler hints of stale lime juice, dusty attic, pear, goat cheese, wet chalk, dry old wooden planks, vague touch of damp earth and even chlorine when warming up. Crisp, refreshingly tart onset, a tad lemony but nowhere harshly puckering, clear berry acidity as is to be expected with some 'accessible' berry peel and berry skin astringency to it - yet berry juiciness prevails, again with (very ripe) redcurrant and blueberry upfront, raspberry and blackberry following closely after that and strawberry and blackcurrant remaining very much subdued (I would not have identified them if I had not known they were in here somewhere); even with so many different fruits, there is still plenty of room for the lambic's own fruitiness of wild apples, green plums and sour grapes. Spritzy, very minerally carbonation, with that metallic side note returning, flanking a cleanly bready malt core deeply steeped in berry juice and berry skins, but also, again, in the lambic's own fermentation effects, including a thick and drying 'line' of lactic sourness and retronasal damp hay and wet leather funkiness (Brett) though none of those is exaggerated. Dry, crisp, refreshing finish, very 'apéritif', with clear berry skin and seed tannins, 'old oak' woodiness and a deep, hardly noticeable behind-the-scenes 'pillar' of old hops, even adding a vague cheesy note retronasally which I actually find quite appealing. Feels like a very dry fruit wine, but also a very elegant one: I can imagine some people being a bit disappointed in the rather restrained character of the fruit here, especially when no less than six different ones were used and also in comparison with the fruit lambics issued by the likes of Cantillon, 3 Fonteinen or Tilquin in the past years, but I think this is a somewhat shortsighted perspective, as this one manages to perfectly balance the effects of all that pink, red and purple fruit with the character of the lambic. It is as if Lambiek Fabriek is proud enough of this own lambic character that they do not want it to drown completely in fruit - a choice I can respect, but then I am from an older lambic drinking generation I suppose, being more used to a somewhat subtler use of fruit. I believe, however, that this subtle balancing act pays off, and that many - especially non-Belgian - fruit lambic (or sour ale) brewers could learn from it. This Pluri-Elle may not be the overwhelming fruit bomb its name and ingredients list would suggest, but it is a beautiful, highly elegant and refined lambic as a whole, which scores very high in my book.

Tried from Bottle from Billie’s Bottle Shop on 31 Jan 2021 at 09:33
We use cookies to give you the best online experience. By continuing to browse the site you are agreeing to our use of cookies.