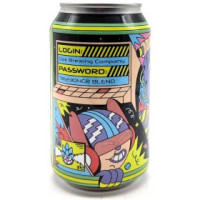 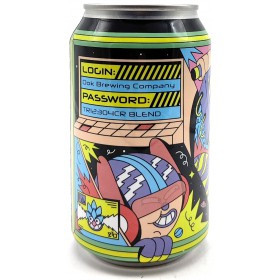 Pours slightly unclear, yellow. Small white head. Scent is crisp, mild fruityness ( grassy) Mild coconut notes, fairly citric. Taste is full, fairly intense, medium to medium high bitterness. Very malt-focussed. Fresh ( still, the can is getting to it's final age ) , fairly crisp . Lovely, still. Can only imagine it was even better when fresh. As the third beer I drink (knowingly) that has Cryo Pop, it's a really promissing hopblend for sure !

West Coast IPA (or actually APA) by Dok hopped with the Cryo Pop Original Blend recently developed by Yakima Chief, one of the leading hop producers in the historical Yakima Valley in Washington; this blend of cryo hops is presented by that company as being the newest, laboratory-developed hop technology, aiming to pack as much aroma and flavour in each pellet as possible. Medium thick, snow white, opening head lacing in shreds over a lightly hazy straw blonde beer with somewhat olive-greenish tinge. Aroma of withering leek, green kiwi, lemon zest, unripe pineapple, Conference beer, green banana, rainwater, hot olive oil, stir-fried paksoi, dry cereals. Clean onset, some green pear and unripe banana fruitiness but low in sweetness, sharply carbonized with very minerally effects detracting a bit from the flavour; smooth and bit oily body, cereally pale malt sweetishness with a very light sourish edge to it, under a moderately expressive hoppiness of kiwi, green mango, lime zest and freshly cut grass, ending in a long, rooty bitterness with peppery and drying effects - a bit much so if the intention was APA rather than IPA actually, but who cares... Maybe I had this one a bit too cold, but I am somewhat underwhelmed by this Cryo Pop blend: the huge aromatic effects I was expecting based on the advertising Yakima Chief makes for it, remained rather understated - Dok has created many APAs and IPAs that were aromatically more powerful than this one. That said, this Login (etcetera - note that the password is actually the original working title of the aforementioned Cryo Pop blend) remains a technically well-executed, clean, sleek, confidently bitter Anglo-Saxon style ale so I will not hesitate to order it again next time I am at that wonderful Hal 16 in old Ghent.

Tried from Draft at Dok Brewing Company on 04 Jul 2021 at 10:30
We use cookies to give you the best online experience. By continuing to browse the site you are agreeing to our use of cookies.