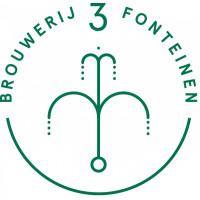 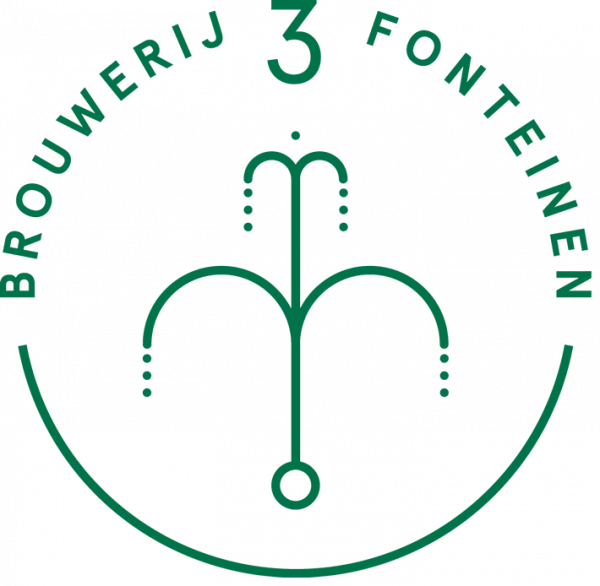 This Oude Kriek was macerated with sour cherries for almost eleven months. The lambikken used while macerating were both one- and two-year old. We also used one-, two- and three-year old lambikken from (slightly peated) sherry barrels to blend the sour cherry lambik into a Kriek. By doing so, the weighted average age of this Kriek is a tad less than two-and-a-half years upon release. Final fruit intensity of 354 grams per litre of Kriek. 100% 3 Fonteinen.
Sign up to add a tick or review

Much like the original versions, not sure any PX profiles were transferred at all. A great beer, but sadly hard to love when the defining characteristic is not present.

The sherry barrels at 3 Fonteinen have amply proven their importance in the legendary Zenne y Frontera series, but a while ago the brewery also released a few 'standalone' experiments of other lambics which were partially aged on these sherry barrels, including this Oude Kriek 'Geturfd' - the 'geturfd' meaning peated, which is not a thing I normally associate with sherry but only with whisky; it is left undisclosed how the peated element got in here, maybe the sherry casks were also used for peated whisky, as is often the case in the world of single malt whiskies? I will try to find more about this, but anyway: 75 cl bottle labeled as "blend n° 75", bottled in September, obtained from a trade - cheers Bart! Medium sized and quickly thinning, rather 'loose' and open, off-white, large-bubbled head dissolving all but completely over a misty, deep vermillion red beer with ruby glow. Aroma of cherry stones and cherry skins even outweighing the actual cherry flesh a bit but still rich enough in pure fruit, dry hay, old wood, crabapple, unripe plum, odd whiffs of burnt cardboard and petrichor but no real peat, old dry sherry but not necessarily more so than in other traditional lambics, redcurrants, background notes of old red wine, dried dandelion leaves, almond and a very, very volatile note of smoked bacon only turning up every now and then but remaining very elusive. Astringently acidic onset, puckering with lots of sour cherry tartness, sharply lemony but also with a 'beefy', fleshy fruit sweetness hidden within and lots of actual ripe cherry flavour, next to redcurrant, wild apple and unripe plum; minerally side notes, refined carbonation, full and rounded body. Bready core remains deeply soaked in sour cherry juiciness, while that sharp lemony acidity mellows down into a more sedate, strongly drying lactic tartness, adding to a generally vinous feel. Lots of cherry skin and cherry stone tannins appear near the end, paired with woodiness that - enhanced by the sourness - creates a very dry, astringent effect, though again that cherry fleshiness provides a bit of balance and returns retronasally in the form of a generous cherry pie and cherry wine effect. There is something petrichor- and limestone-like that lingers around behind the curtains, but I cannot quite put my finger on it - in any case it does not convey any credible peatedness, so the 'geturfd' qualification seems a bit misleading to me; I do, strangely and only retronasally, get a whiff of smokiness all the way at the back (even after swallowing), as in smoked bacon, bizarrely - but it disappears again as quickly as it came. All in all, this PX version is not too different from the regular Oude Kriek, apart from a few subtleties including that smoky-meaty note - but why should I care, I have a wonderful 3 Fonteinen fruit lambic in front of me with all the power and complexity I expect from this world class brand so I am not complaining. I do wonder if this alleged peat effect will prove to be stronger in the Intense Red version I have waiting.

11 September 2021. At Summer Belgian Beer Geek Gathering. Many thanks, Klaas & Liesbeth, cheers to the whole crew!

Thnx to 77ships ! Pours hazed pinkred. Small white head. Scent is intense, cherries - almost more like sweet cherries (kers) than sour ones (kriek). Taste is full, cherry, candy-like cherry aroma - yet not sweet. PX is fully lost to me (shame) , and so is the peat - untill the late aftertaste. Very decent kriek, but the barrel profile is very tuned down .

Tried from Bottle on 11 Sep 2021 at 21:40
We use cookies to give you the best online experience. By continuing to browse the site you are agreeing to our use of cookies.