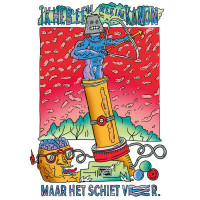 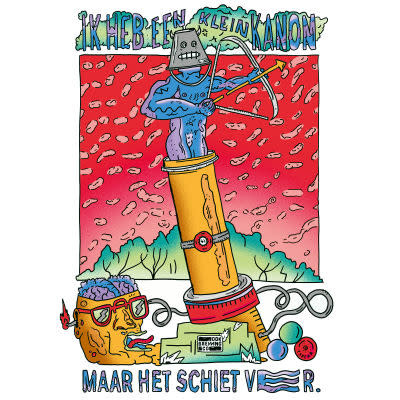 Classically styled SIPA by Dok, dry-hopped with Mosaic and El Dorado and dedicated to the Kanon café in the heart of Ghent, close to the Big Cannon ('Dulle Griet') in between the Friday Market square and the Patershol quarter. Medium thick, snow white, breaking but generally well-retaining head, cloudy to even somewhat milky straw-yellow blonde robe. Aroma of lemon peel, green mugwort leaf, dried white bread, sweetclover, cucumber peel, moist white pepper, hint of passionfruit. Sweetish onset but 'falsely' so - the sweet impression comes from that subtle passionfruit aspect from the hops alone and not from sugars, as the rest of the beer remains rather dry, with fizzy and minerally carbonation and slick cracker- and bread crust-like malts, very sleek, quickly bittered by a long, quinine-like, rooty, peppery hoppiness, returning that passionfruit note retronasally but more than anything, combining fruitiness and uncompromizing bitterness into a grapefruit (or even grapefruit peel) effect. A long, West Coast-like bitterness remains, giving the impression of a much more potent beer - which is exactly how session IPA should be for me. Does not feel like less than 4% ABV at al.

Tried on 15 Sep 2021 at 10:33
We use cookies to give you the best online experience. By continuing to browse the site you are agreeing to our use of cookies.