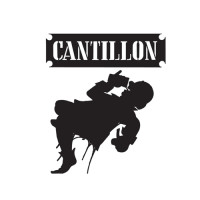 Lambic Style - Kriek Special
At the end of last year, Cantillon sent a Kriek barrel to Arran in Scotland to be filled with local Whisky. The Whisky was bottled after 4 months maceration and the barrel was sent back to Cantillon. We refilled the barrel with cherries and a 2 years old Lambic. The beer was kegged after 4 months of fermentation.
Sign up to add a tick or review

Tap at BXL 2018. This kriek was amazing. Not by the pure beer on its own ( couldn't even find the barrel aroma), but it was so. So, so fresh... Juicy to the point its nearly fleshy. Extremely natural cherries over a very mild, funky lambic. Hell yeah. Quality perspective!? Way to young. Taste perspective ? I'd like to drink this daily. Not sure how it will be when it settles, and matures. This might be one of those beers you want to drink 'too' young!

28/09/2018 - draught glass @Moeder Lambic Fontainas. Hazy red, no head. Nose is full cherries, bit caramel, tart. Taste is cherries, wood, bit vanilla, very strong cherry flavours. No whisky to taste but I suppose it is backing up the flavours a bit. Made me think a bit of the Cuvée de Mortange Kriek and is together with that one, one of the best cherrybeers I had.

Cantillon one-off (and therefore automatically attracting a lot of buzz at BXL Beerfest when it was put on tap), a 'kriekenlambic' aged on a barrel that previously contained Scottish whisky which in itself was aged on a Cantillon barrel used for kriekenlambiek - quite an elaborate crossover, apparently. Loose, off-white bubbles quickly dissolving over a stunningly beautiful, very deep cherry red beer with bright ruby hue, a marvel to look at, I wonder what the density of cherries was in this one… Incredibly rich cherry aroma, as lush and fruity as is maximally possible, sour cherry essence and cherry wine, almond, candied lemon, dry sherry, vanilla-scented wood, ripe nectarine, blue plums, vague damp cellar note; whisky is there in an almost metaphorical way, adding unusual beauty from behind the scenes yet by itself not explicitly recognisable as whisky. Same story in the mouth: extremely fruity sour cherry essence, very highly concentrated, with almost ruby port- and plum wine-like aspects; lemony sour edge surrounding all this wonderful red fruitiness, some very soft carb, slick, supple and at the same time very dry mouthfeel, with that superbly concentrated cherry essence and cherry wine effect remaining as thick as ever in the finish, with a perfectly integrated whisky note - again in a virtual kind of way, bending the cherry and lambic properties in such a way that it seems to intensify the flavour without actually revealing itself as being whisky. Long tannic and cherry pit dryness in an elegant way, with sweet sherry- and almond-like side effects. This was worth waiting in line: a absolutely beautiful cherry lambic, filled to the brim with bright red cherry beauty and adorned with sweetish, aromatic notes that can only come from the whisky imput, while the whisky itself remains unrecognisable as such. An exercise in excellence, if only this emanated in bottled form some day - only to be hyped to the max by all those international beer geeks that have fallen in love with Cantillon 'en masse', I suppose.

Draft at BXL Beerfest ‘18, Brussels.  Hazy deep red with no head.  Aroma of rich cherries and oak.  Flavour is moderate sweet and sour.  Medium bodied with soft carbonation. The whiskey barrel simply adds a beautiful woody character to the beer that works fantastically.

Tried from Draft on 25 Aug 2018 at 22:04
Next
We use cookies to give you the best online experience. By continuing to browse the site you are agreeing to our use of cookies.