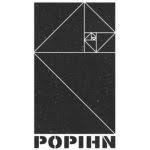 Popihn was founded in 2017 by Arnaud Popihn in the French Vaumort region. Supported by head brewer Gunther Oltra, Popihn quickly became the most hyped brewery in France.

Arnaud renovated an old barn and installed brewing tanks: the brand and the workshop were born! He immediately associated with a friend they met in Paris and they decide to embark on the adventure together by making artisanal French beers in the Sens region, in the countryside and with the barley grown by his parents.

It is in this natural break that we find the Popihn brewery workshop, with the very latest brewing equipment. They readily admit to being influenced and inspired by the breweries of the United States and England.

Very aromatic although a little bitter IPAs which give pride of place to exotic fruits (lemon, guava, mango, grapefruit!) And sour drinks that are not very developed in France! This is their hallmark: originality and innovation, but each time with the highest quality! Their daring paid off: they are now key players in these “niche” markets!
Next