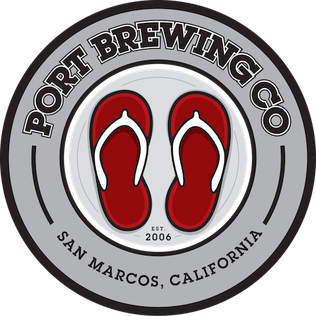 Established in 2006, with a 3 vessel 30 bbl brewery originally capable of making over 5,000 bbls (now upwards of 15,000 bbls) of beer each year, the new brewing company set about shaking up the craft brewing world with two distinct beer lines: the aggressive San Diego / West Coast styles under the Port Brewing label, and a Belgian-inspired series carrying the “Lost Abbey” name.

Today Port Brewing continues at the vanguard of craft brewing, ranked as one of the top 10 new breweries in the nation by both industry experts and enthusiasts alike, driven in large part by its extraordinary Lost Abbey beers and a library of 1000+ plus oak bourbon, brandy, sherry, and wine barrels that comprise one of the most remarkable barrel-aging programs for a craft brewery of any size.
Next