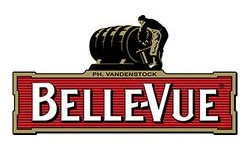 The Belle-Vue brewery is a story of more than 100 years of craftsmanship. Philémon Vanden Stock started as a so-called ''gueuze steker'' as early as 1913: he buys lambic from local brewers and uses it to create "Gueuze". In 1927 he took over the Belle-Vue café in Anderlecht, which was also the start of the Belle-Vue brand. When he took over the Vos Kina brewery in Molenbeek in 1943, he changed its name to the "Belle-Vue" brewery. He transforms from a gueuze steker into brewer. Under the leadership of son Constant Vanden Stock, the brewery grows strongly, partly through numerous acquisitions in the 50s, 60s and 70s. In 1975, the brewery moves into the old site of the Timmermans brewery in Zuun (Sint-Pieters-Leeuw). Belle-Vue has been part of AB InBev since 1981. Within AB InBev, the Belle-Vue brewery also functions as a pilot brewery and plays an important role in the Belgian network.