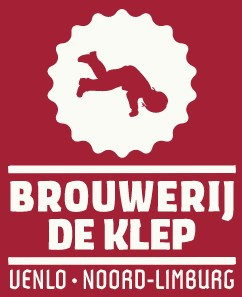 Formerly called Stadsbrouwerij Klaassens.In 1994 Louis Klaassens started brewing beer again in Venlo as an amateur. Since the opening of Café De Klep in 2012, this beer is also available again for the residents of Venlo. First only in our own tasting room, now also for home and other catering companies.

The brewery in the basement of Café De Klep is a miniature version of a professional brewery in which test brews of 50 liters can be made at a time. If the recipe is satisfactory, we use the kettles of a fellow brewer to brew the beer on a larger scale for sale. These beers are available on the barrel in our Tasting Room and bottled at home.

At the beginning of 2022 we hope to open our own brewery within the concept of food hall MOUT in the former Museum van Bommel-van Dam in Venlose Julianapark.