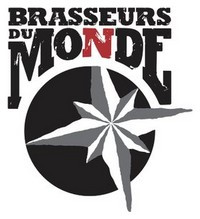 Les Trois Mousquetaires Microbrewery was founded in June of 2004, following the purchase of Express-Broue, a small brewery situated in St-Eustache. The three new owners had been coworkers at Imperial Tobacco, and shared the same ambition of becoming entrepreneurs following the closing of the factory. Because they all lived on the south shore of Montreal, they decided to move their operation to Brossard.

In the month of May 2011, the company moved a few doors down to Matte Boulevard in Brossard. Their new location was three times bigger to be able to meet the demands of their ever increasing clientele. Following this move, Les Trois Mousquetaires Microbrewery beer is available in over 500 locations around Quebec, and has begun exporting it’s beers to Ontario, the west of Canada, the United States, and Australia.

In 2014, the microbrewery celebrates its 10 years of success, and continues its expansion in Quebec, Canada, the United States, Europe, and Brazil.
Next