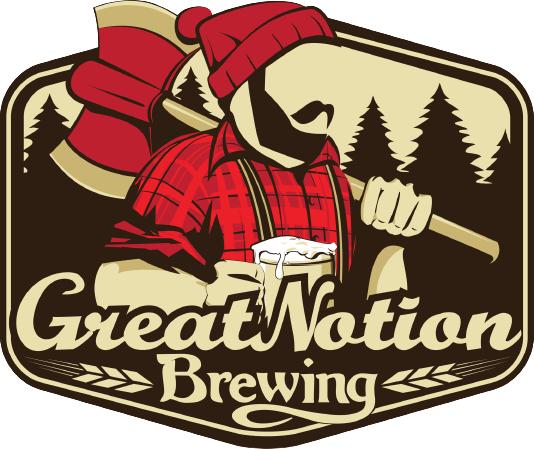 Great Notion Brewing is a project started by three friends; Andy Miller, James Dugan, and Paul Reiter. All three guys met each other out of coincidence, they live on the same street in North Portland. Andy and James met each other while home brewing in 2010, and began developing recipes and building a friendship. Together they have 25 years of brewing experience with medals in the National Homebrew Competition for fruit lambic and Double IPA. Paul Reiter has a degree in business and finance with a focus on start-ups and creative enterprise . In April of 2014, the boys finally got together and shared some home brew. On this night they enjoyed a Stout with hand smoked Vienna malt, a 3 year old Peach Sour, and a 10% double IPA. It’s fair to say, on this night, Great Notion Brewing was born.
Next