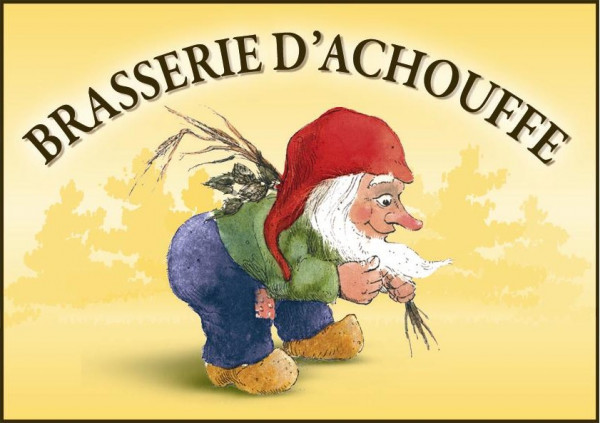 The history of the brewery Achouffe is like a fairy tale. "A hobby became a profession in its own right," joke the founders Chris Bauweraerts and Pierre Gobron. The two friends begin their brewing operations in 1982 in the small Ardennes village Achouffe. In 2006 the enterprise was taken over by Duvel Moortgat Brewery. The brewery is still an independently run operation, though the 33cl bottles are bottled in Breendonk.