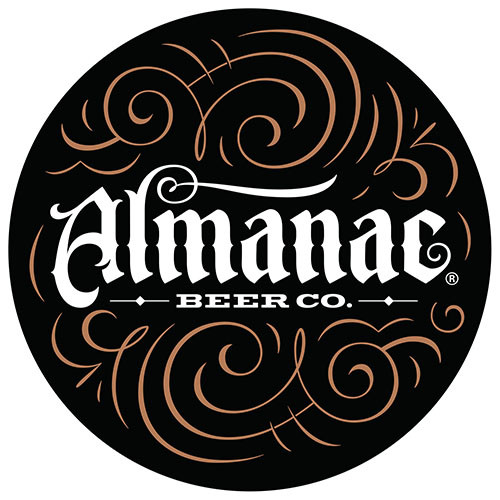 Our name, Almanac, refers to the Farmer’s Almanac, a seasonality reference guide for farmers that has been published every year in the U.S. since 1818. Our motto, “Farm to Barrel”, was adopted to reflect our passion for brewing bold and sustainably sourced beers. Farm-to-barrel brewing is about selecting the best in sustainably sourced ingredients and using them to create beers inspired by the great brewing traditions of the world. We aim to create something uniquely Northern Californian.

Almanac was founded in 2010 by Damian Fagan and Jesse Friedman, two avid home-brewers who bonded over their mutual appreciation for California farmers markets. They set out to brew beers inspired by California’s rich agricultural bounty. After nearly seven years of partner brewing, we moved into our very own 30,000 square-foot production & aging facility located on a historic naval airbase on Alameda Island in San Francisco Bay.
Next