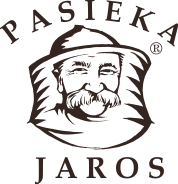 Our company has existed since 1978 as a family company dedicated to beekeeping and bees.

In 1991, we began to produce meads, which are the foundation of our business. Our production technology has been built on the solid basis of old Polish traditions and recipes.

The owner is Maciej Jaros. His son, Marcin, is the chief technician. Marcin’s wife, Monika, is in charge of the quality control department and the laboratory. Another son, Bartłomiej, handles the technical department.

Maciej JarosA second section of the company deals in the production of useful and decorative ceramics (packs of honey and mead, honey drinking vessels, etc.).

Our meads are produced with natural methods, without preservatives, enhancers, artificial colors and flavors. The raw material for their production is bee honey, water and herbs. Its outstanding and unique taste is reached during several years of aging.

We were first in the production of fizzy mead. „Lipiec Perlisty” is named due to the length of time it takes for the honey to ripen (a few years). It was subjected process of saturation.

The main types of meads produced by our company:

Półtorak – formed by mixing one part honey with a half part water. Due to the high concentration of sugars, fermentation takes a long time and mead matures after about nine years of aging.

Dwójniak – formed by mixing one part honey with one part water. Dwójniak is a sweet honey with maturation lasting more than four years.

Trójniak – formed by mixing one part honey with two parts water. This is semi-sweet mead, with maturation lasting around a year.