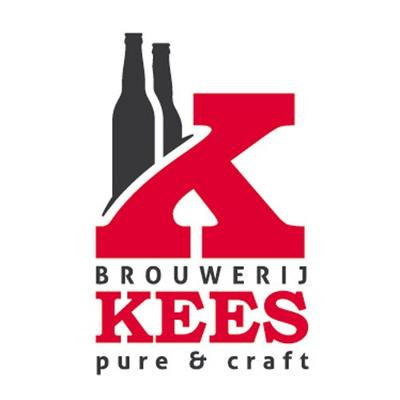 Life's too short for boring, middle of the road beers. Craft Brewery Kees! stands for tasty, fruity, hoppy flavours and strong dark ales, but there'll always be that 'twist' . That special 'something' that make his beers stand out. Owner and brewer Kees Bubberman started his brewing career in 2007 at Emelisse, a small regional brewery in Kamperland, Zeeland. Within a couple of years Emelisse became a household name among craft breweries worldwide, thanks to the by British and American beer styles inspired ales, IPA's, strong porters, stouts that Kees Bubberman brewed. Never afraid of trying something new and relying on his experience as a restaurant chef he created more than 30 new beers, including an IPA with Earl Grey tea, barrel aged porters en stouts and strong porters and stouts with coffee. Kees was ahead of his time with experimental flavours like these. In 2014 Kees Bubberman decided to start his own brewery in his hometown Middelburg. Thankful for the opportunities Emelisse gave him, he felt that it was time to go his own way. Brewery Kees! started in January 2015 and within a year his delicious IPA's, strong porters, Russian Imperial stouts and barrel aged barley wines, porters en stouts found their way in the (beer-)world. Kees keeps on creating new beers and searching for new tastes, sometimes following and sometimes setting trends.
Next