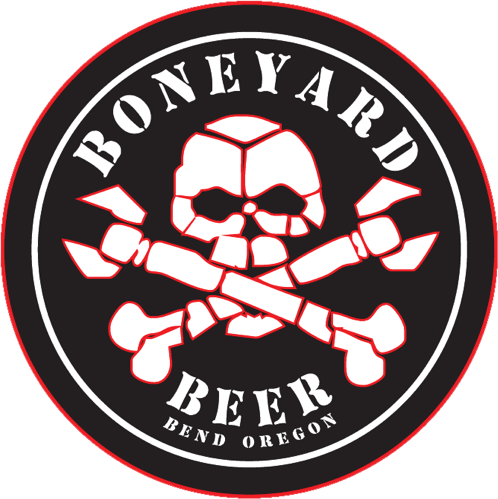 In 2010, Boneyard Beer was started in an old auto shop tucked away in the backstreets of Bend, Oregon’s historical district. Without any outside investors or major bank loans, Boneyard’s inception was unconventional to say the least. After decades in the brewing industry, owner Tony Lawrence built up a “boneyard” of old equipment he collected from 13 different breweries around the country. Alongside co-founders, Clay and Melodee Storey, this second-hand brewing equipment was pieced together to brew the first batch of Boneyard Beer in May 2010. As Boneyard has grown, the initial fermenters have been replaced with shiny new ones, but the original, refurbished 20-barrel system is still the one Boneyard uses today. The current brewing system, with it’s capacity of 15,000 barrels per year, allows Boneyard to distribute draft beer in Oregon and Washington.
To date, Boneyard has brewed 17 different beers and is currently in the process of a major expansion. The new facility, approximately 15,000 sq feet, is home to the new production facility and employee offices. The new facility adds much needed capacity for Boneyard. In keeping with the theme, the 40 BBL brewhouse purchased for the new facility is second-hand. The new facility will allow Boneyard to brew upwards of 45,000 barrels per year when at max capacity.
But, as things change, the focus remains the same: balanced, hoppy beers.
Next