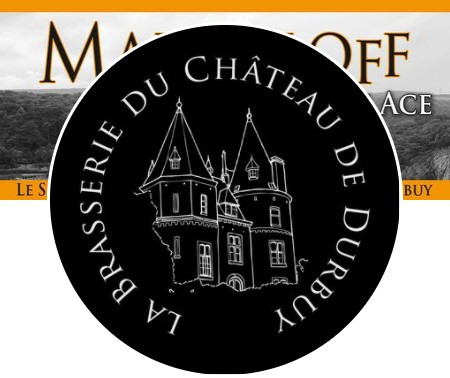 In 1989, on July 1 the brothers Jacques and Michel Trine created the Marckloff in their establishment “La Ferme au Chêne” in Durbuy. The name refers to owner of a brewery in 1560 in Durbuy. Brewing continued until June 2013 when the owners went into retirement.

Then in August 2014 two Durbuysians, Xavier Fostroy and count Jean-Michel d’Ursel, decided to continue the brewing adventure of the smallest city in the world.

Another change took place in 2019 when the brewery moved to the former stables of Durbuy castle. The change of address also meant change of name. The Brasserie de la Ferme au Chêne thus becoming the Brasserie du Château de Durbuy. ''It's a bit of a homecoming since, in medieval times, a beer was already brewed in the grounds of the castle", explains Count Jean-Michel d'Ursel. With his faithful partner, Marc Leclercq, he continues to brew with great knowledge and wisdom a craft beer called La Marckloff.