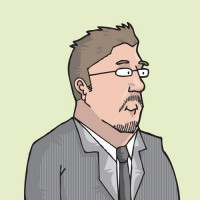 tderoeck updated a beer: Classic with a Twist #1 - Quadrupel brewed by Browar Nepomucen
1 day ago

From memory... Tasted before I started taking notes of my beers. Only have a picture of the caves, not of the beer itself. I remembered the beer being rather hazy, with a solid rocky white head on top. Bread yeast aroma and taste were present, with a nice malty touch and a bitter finish, but that's pretty much all I remember about it. It was however WAY better than the regular Urquell on draft.

Back then, we were told that this same beer was poured at a few local venues in Plzen, including the Brewery Museum, which was closed that day.

Will try again, if I ever get the chance in the future!