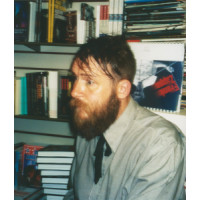 New bar opened by the owner of Bar d'Henri, close to Bar d'Henri. They took over an existing neighborhood bar, looks gorgeous, lots of old dark wood. All initial advertisement mentioned that they would do vegan snacks, in line with the food of Bar d'Henri. There seems to be a kitchen but no food offered, which was the first disappointment. Second disappointment was the beer menu, Cristal, Duvel products, Wesmtmalle & Boon Oude geuze so nothing exiting. There were plenty of people, they do jazz shows once a week. 80s pop music was playing when we got there. Payment system always asks if you want to tip, server explicitly said that tipping was optional but still to drink a pale lager or Duvel in a neighbourhood bar and ask if you want to maybe tip? Price hikes getting worse & worse everywhere. Expected something from this but was rather disappointed.

New brewpub and bakery close to Hallepoort. Gorgeous interior, amazing super friendly service, 4 beers on tap with rotation, all beers tasted were amazing quality, decent prices & super quaffable. A birthday party was happening when we visited and everyone behind the bar took turns singing. They sell their bread to go or amazing sandwiches. A vegan option is always available. Chef checked with us about vegan options and came afterwards came to check if all went well. All around just a top place. Everything is local.

Charming part of Brussels, lots of people about and a pleasant terrace, lively with quick service. Beer menu has a decent selection of basic lambie offering and craft beer that you can get in lots of place in the area like De La Senne & Trappist beers. Fun neighborhood bar but nothing to specifically seek out. Gorgeous interior as well.

Large food hall fairly central in brussels. The order system is all QR and cellphone with the online menu sometimes showing places closed when in reality you see that they’re open or lists something as a monthly special with no explanation. Very inconvenient to get any food allergy info etc. Vegan options didn’t seem interesting enough to bother with but present. Loads of people, food looked a bit dull. Four beers on tap from the brewpub inside and some Belgoo beers as well. Brewery is a collab between Belgoo and Wolf. Once you order online you go the pickup at the bar. Sounds echo in the hall so volume is by default high. Felt a bit soulless. Tried a pale ale & a witbier, one beer was out on tap. Witbier came with a lifeless slice of citrus in the glass. Both beers were poor soggy, grainy, unpleasant and poor. Real shame given how both Belgoo & Wolf make pretty decent beers. Hard to give a good score, poor ambience, unpleasant ordering system and awful beer.

Previously the shop part of BBP Dansart used to be the first half of the taproom. Now it is in a building right next to it as a separate shop. Multiple fridges of new BBP releases, some brewery exclusives, cans & bottles including their lambiek & sour beers. Beers available chilled & not chilled. Prices are fair & great place to pick up their special releases or just their regular beers. There is also glassware, shirts and some other merchandise. The store is quite spacious. The have gift packages but also a fridge with beers from other breweries like Galway, sour producers etc. Rotating fun stuff. Couldn’t really ask more from a place like this. Great stuff.