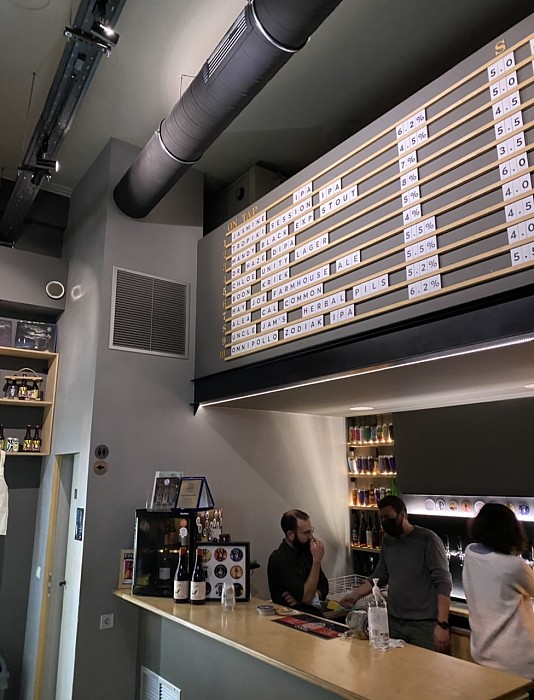 A small place close to a bunch of nightlife with a few high tables and stools spread about. The bar with 10 taps is to one side opposite the door along with a couple of fridges with bottles and cans. Decent selection in the fridges made it a handy place for take out while we stayed close by. 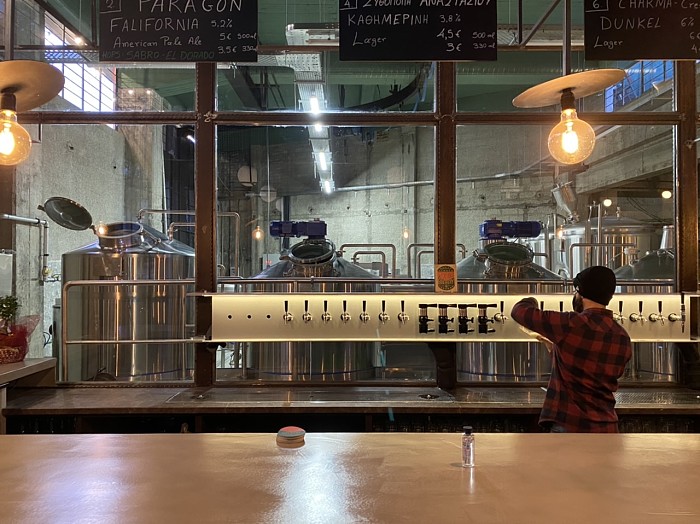 Visited within the first week of opening, Paragon's brewery and taproom seems to have quickly become the new gem of the Athens beer scene. It's a lovely spacious open industrial style space, with the shiny new brew equipment on show behind the bar. Only one of their own beers, along with a collaboration available on tap in these early days, along with solid local guest beers and a couple of imports. Quality is high across the board, and the owners (it's a family business) are friendly, welcoming and happy to spend time for a chat.

It's a little way out of the center, located in South Athens, but is very accessible and quick to get to using the metro. Certainly a must visit in Athens.

Located in the heart of Athens nightlife and restaurants this place is first and foremost and American grill restaurant. There's a small but decent enough selection of beers including a lager made for the restaurant. More than passable for dinner. There place itself is large enough but fairly popular and busy. Certainly a great spot for dinner too if you're yearning for some good American food. I certainly enjoyed the brisket with a side of mac 'n cheese!

A small beer shop in the shopping area with a selection of greek and some international bottles and cans. There's a small area out front where you can sit and drink any beers that you buy. Worth a stop if you're passing by.

The must visit place when touring the beautiful volcanic region of Garrotxa. Likely the place for beers in the whole region - I don't think any shop between Barcelona and the way to France - Perpignan sports that many beers. Shop also has a good half for wines plus some other delicacies. A bit out of the way, but must visit if around Vic, Besalu area or Banyoles or even Girona.

Selection ranges from rare US, Scandinavian beers, also some meads - even saw a Cigar City 110K serie 9 - for 46€ and some other mambics. I think the shop has very good contact with Alvinne - believe they even had a special beer made for the owner - which means an extensive Alvinne selection but also from De Molen, Uiltje. Overall the prices remain fair for the US imports - albeit some on the high end for a few of the more elusive big stouts.

Sadly, I was expecting a bit more for the Spanish beers or Catalan breweries, especially given the increasing number of new breweries - some had some good exposure such as Napar, Poch's, Hopsters but many are missing in action.

Service was minimalist - only got 2 Catalan Poch's to go. About 50m away is Cerveses El Bouquet Craft Beer - highly recommended to visit (seems they also have a small shop). Sadly they open early but were closed when I went back around 14h for long Spanish afternoon break.

Visited on 16 Dec 2021 at 17:25
We use cookies to give you the best online experience. By continuing to browse the site you are agreeing to our use of cookies.