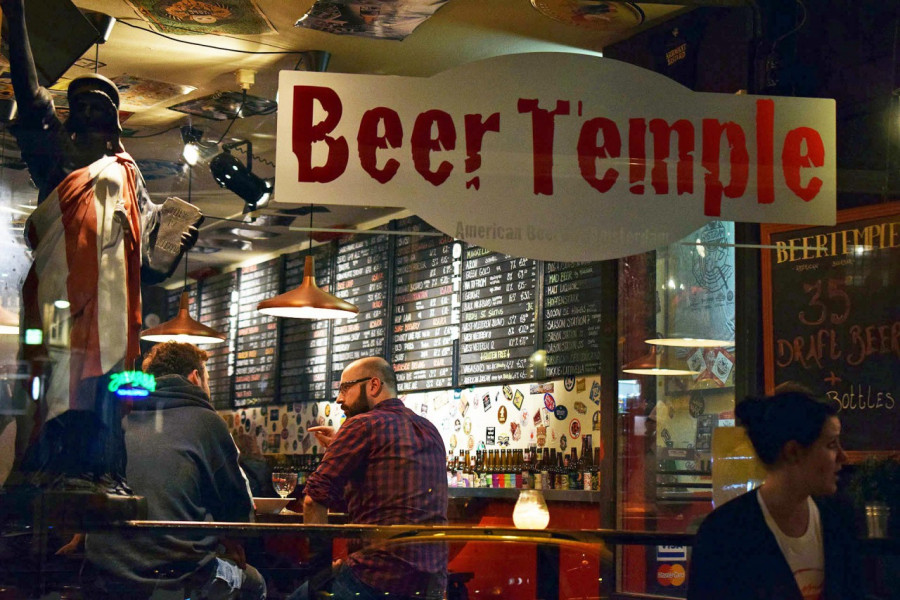 The BeerTemple, situated on the Nieuwezijds Voorburgwal 250 in the heart of Amsterdam, serves 35 beers from draft and has approximately 200 beers on bottles and cans. To name a few of the breweries represented; Anchor, Flying Dog, Stone, Rogue, Goose Island, Lagunitas, Evil twin and of course the house beers from Morebeer Brewing.
Sign up to add a tick or review